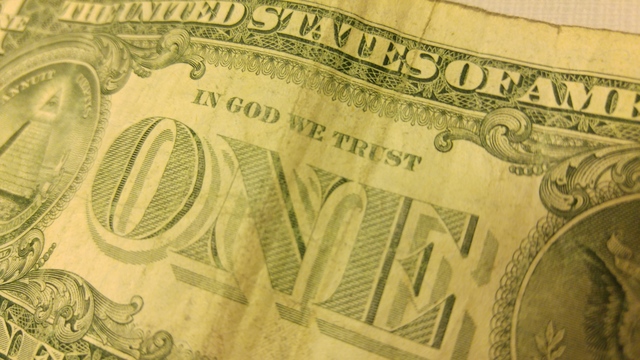 Imagine the entire universe as being one single squat. Would people use money in this squat? Probably not. Most people who live together in such a small community, contribute to this community because they trust that the other members of this community will try to do the same. Each member of the squat would have different needs and each member would have different abilities to take care of these needs. As long as people trust each other there’s no need to put these needs and abilities on a scale which determines who contributed the most and who contributed the least. So, what would be needed before this one-single-squat-universe would start to use money?

Well, if people don’t use money because they trust each other, chances are that they will use money if they don’t trust each other. This makes sense in our squat-universe as well. If there would be a single member who consequently doesn’t contribute to the community, this member would probably not be trusted anymore. So there would start to arise a need to have some system which could count what people owe each other.

This teaches us a valuable lesson about money. The inauguration of money is always accompanied by a loss of trust in the community. Although it’s an interesting question which caused which (did money cause people to distrust each other or did distrust create the need for money), it’s a question which I will leave aside. What’s important to note at this point, is that this inauguration of money isn’t unambiguously good or evil. Yes, money means people don’t trust each other anymore, but the alternative may be far worse. If money wouldn’t be invented in the squat which has a free rider (someone who takes without ever giving in return) this free rider would probably be locked up in his or her room, being deprived of freedom.

Yet, money isn’t a neutral medium which solves the problem of distrust. It’s a politically biased medium which incorporates the problem of distrust on a more abstract level. What if the refrigerator in the squat-universe would only be filled if you write a slightly Marxist inspired essay? In a moneyless community where I would trust my fellow roommates I would ask if the writing of Marxist essays could be considered as just as important for the community as cleaning and doing the maintenance, since it’s now a form of labour which is needed to get food. If, on the other hand, I would be living in the  squat which uses money because people don’t trust each other,  I wouldn’t ask a thing. Eventually people would get hungry and come to me to offer their money to get food. If I would be the only one who could write a Marxist essay, I would not only ask a lot of money to write one, I would probably believe that I would be justified in asking a lot of money. These starving little beggars came to me to ask for help!

Sure, in real life there may be some better competition in the writing of Marxist essays or any other manner to produce something. Yet, the means of production are never justly spread out through any given society. We shouldn’t mistake the social-economic position we have in a society as being just as long as we live in a society which is based on distrust.